Sometimes you get lucky

During May we visited Tamborine just south of Brisbane with the goal of videoing Alber’ts Lyrebird. We had been told that walking the Witches Creek Falls circuit at dawn during May and June was probably our best chance. Well the calls could be heard but no Lyrebird was spotted. Anyway, while chatting over a coffee Gail picked up the local newsletter and we read that a local business had a pair of lyrebirds that were often sighted. After tracking done the business and seeking permission to video and photograph, we were shown where to look and sure enough the lyrebird was easily spotted and only too willing to have its photo taken. What a beautiful bird! We spent a couple of hours with the bird. A very special day for us.
The next two days were spent at Binna Burra where we observed 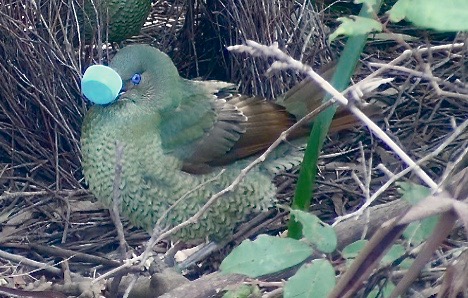 There was a male and about 5 females playing around a bower. Magic! During the trip more video was taken of 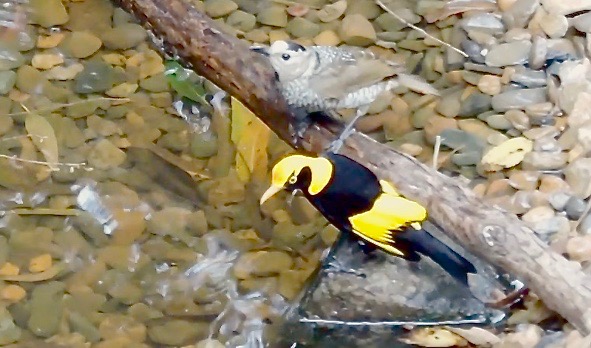