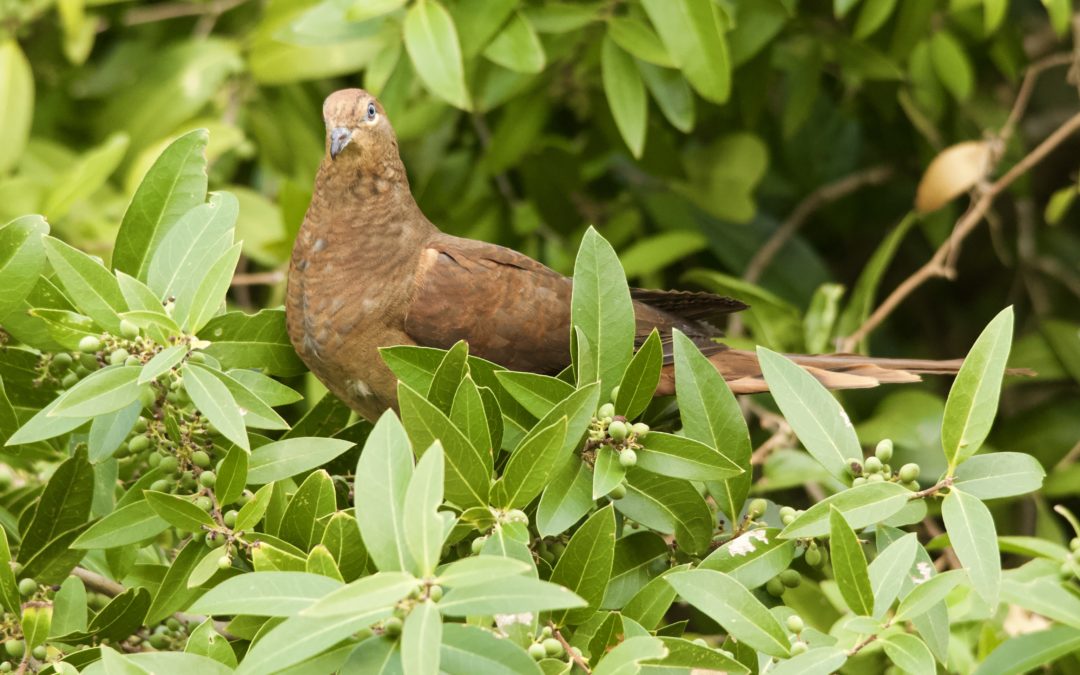 The second half of September and the whole of October was spent in Coffs Harbour hospital where I received treatment each day. After my daily treatment there was plenty of time to explore the coastal towns between Red Rock and South West Rocks. We made two trips to South West Rocks looking for the Square-tailed Kite seen the previous month but were unsuccessful. Gail took many photos of Red-kneed Dotterel, Glossy Ibis, Marsh Sandpiper, Latham’s Snipe and Sharp-tailed Sandpiper. A trip to Urunga produced interesting clips of a Great Egret walking along a pipe to access the centre of a lake and Boambee Headland gave us photos and clips of Brown Cuckoo-Dove. They sure do love the fruit of wild tobacco plants. From the Bonville Headland we watched whales breach and at Red Rock we observed Rainbow Bee-eaters. The coffee at Emerald Beach matched the great view. On an inland trip we took in the view of Coffs from the skywalk and Scarlet Honeyeaters were plentiful. A Pheasant Caucal was also observed. No new species were added, so the total is still 496. So close.

This site uses Akismet to reduce spam. Learn how your comment data is processed.